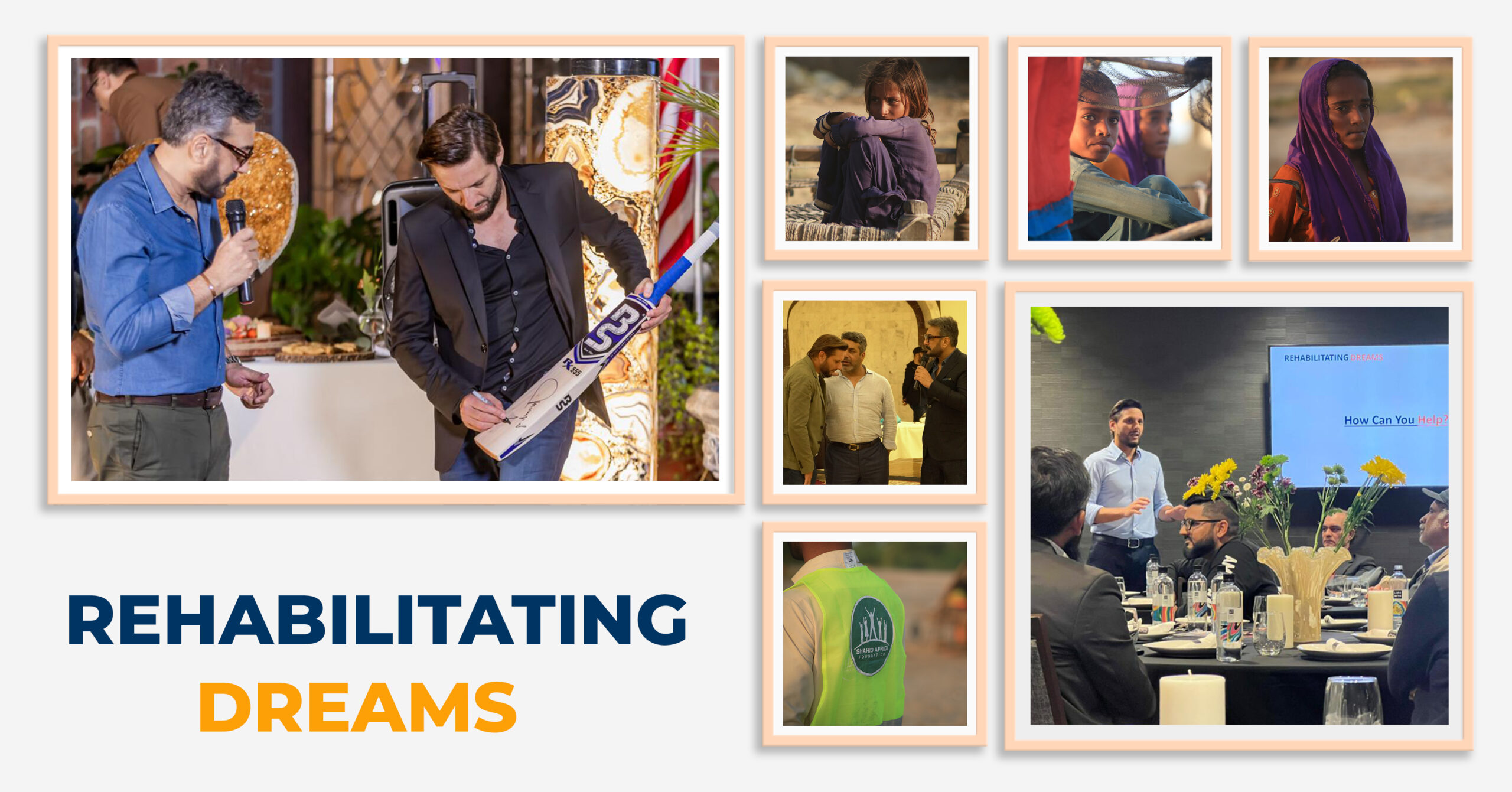 Days of heavy rain have led to rivers overtopping and put much of Pakistan under water. Although the affected areas are full of their own unique strengths and culture, they are also the most impoverished areas in the country. More than thousand people have lost their lives and the impact will be felt for years to come, if not decades. Over 33 million people have been affected, with thousands left homeless and without access to food and healthcare. This humanitarian crisis of immense proportions required an urgent and coordinated response. Therefore, SAF initiated a campaign named Rehabilitating Dreams to raise funds and much-needed awareness to uplift communities affected by floods. The campaign was led by Chairman Shahid Afridi who was joined by prominent actor Adnan Siddiqui. The team was part of 10 fundraisers; Chicago | New York | St. Louis | South Lake Dallas | Ridgemore Dallas | Maryland DC | Greatfalls, Virginia | Los Angeles | Seattle | San Francisco The tour was a huge success as we reached our fundraising goals. We will now be able to expand our reach under Floods In Pakistan campaign and rehabilitate villages that were destroyed through the floods. With the support of our donors SAF aims to rehabilitate 5 villages across the country benefitting 500 members. We would like to express gratitude to everyone who made the campaign a huge success and to our hosts and sponsors for being the backbone of the cause and for ensuring Hope – Not Out. 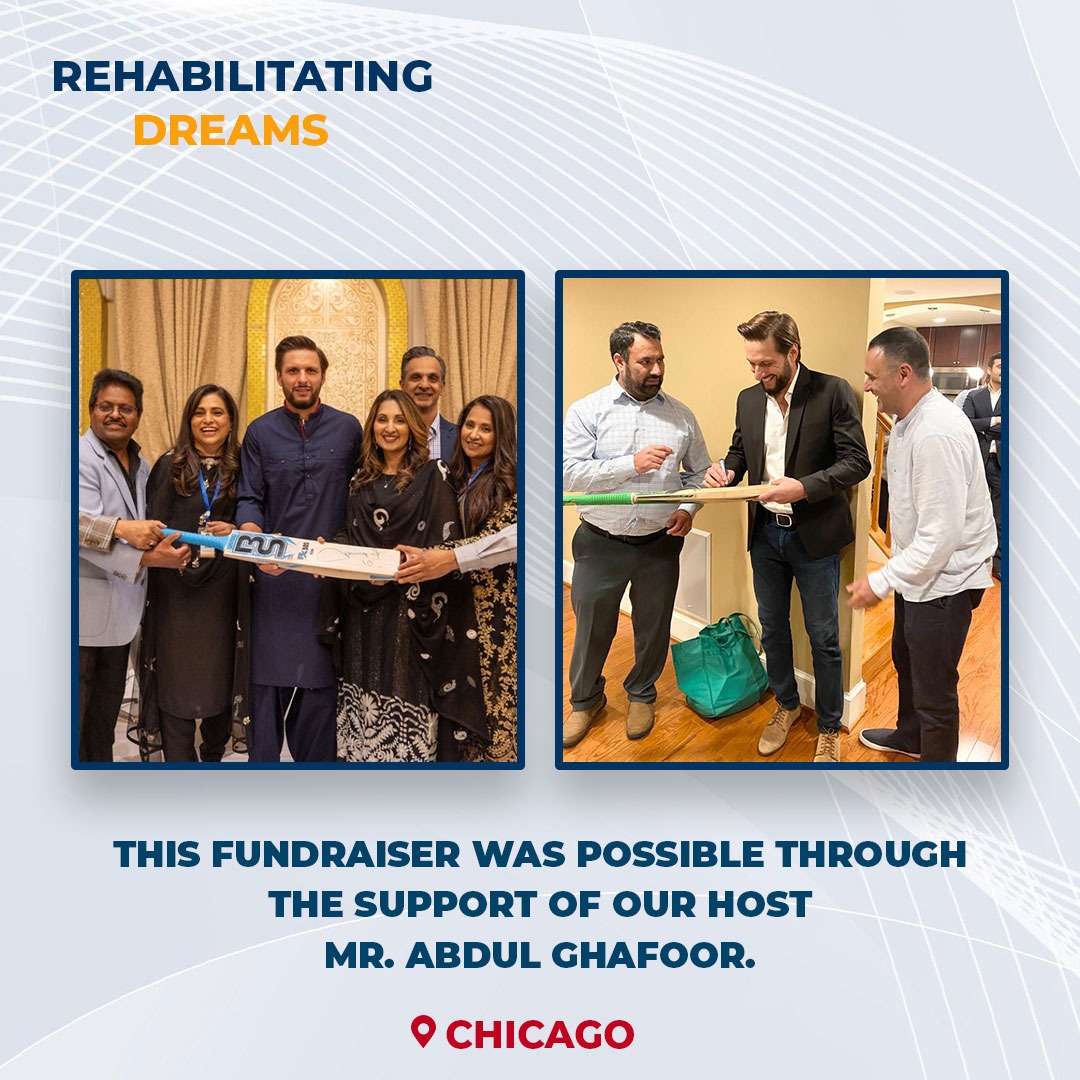 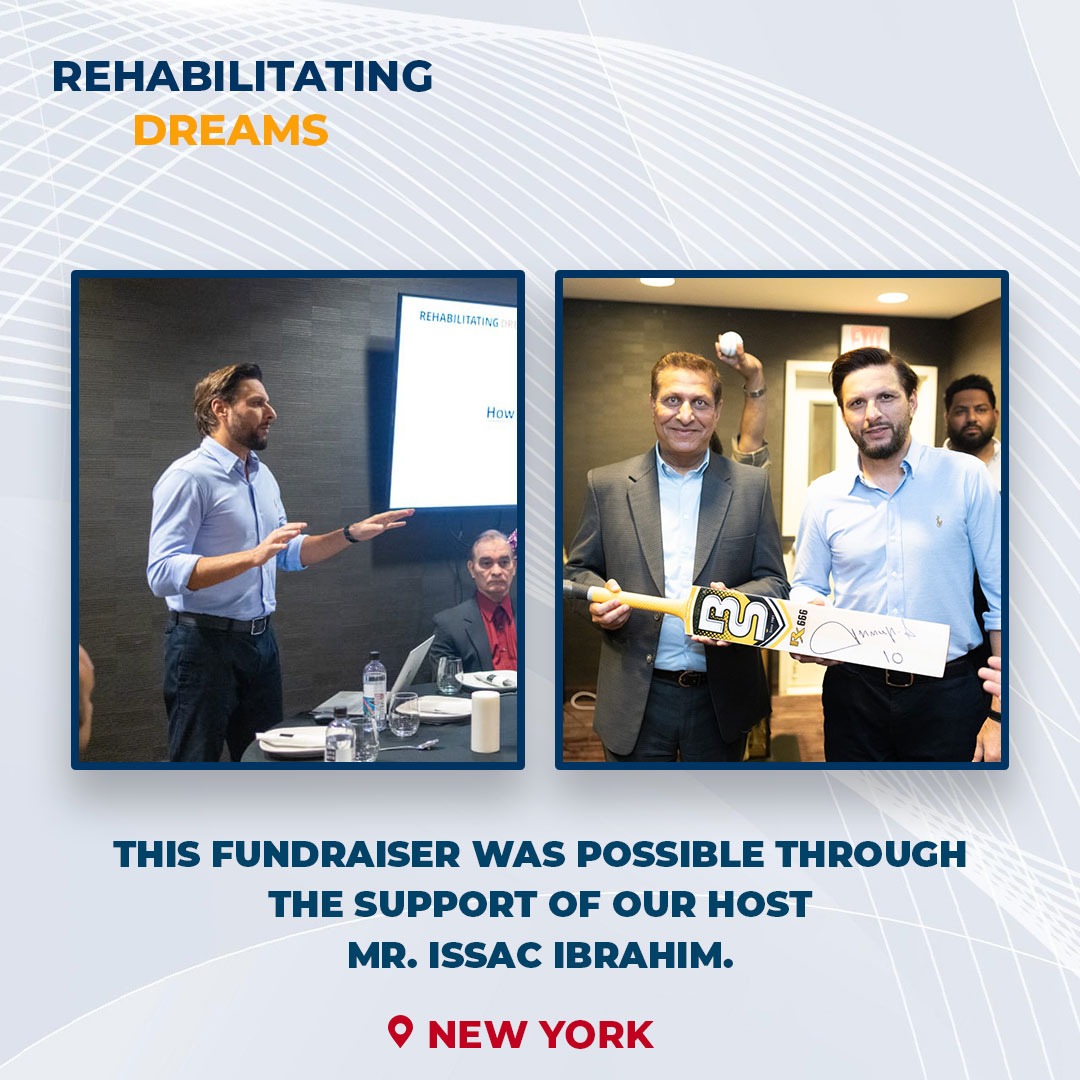 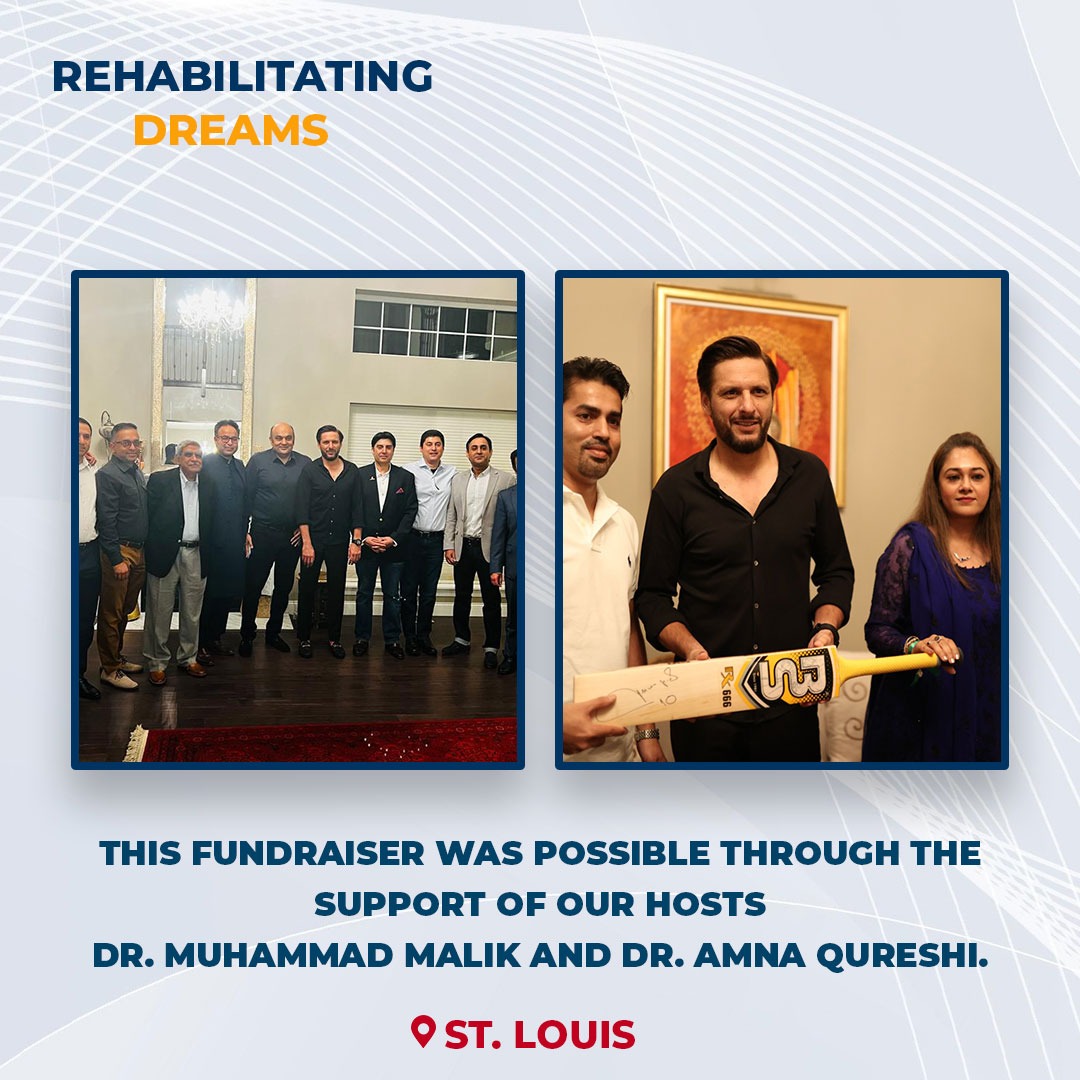 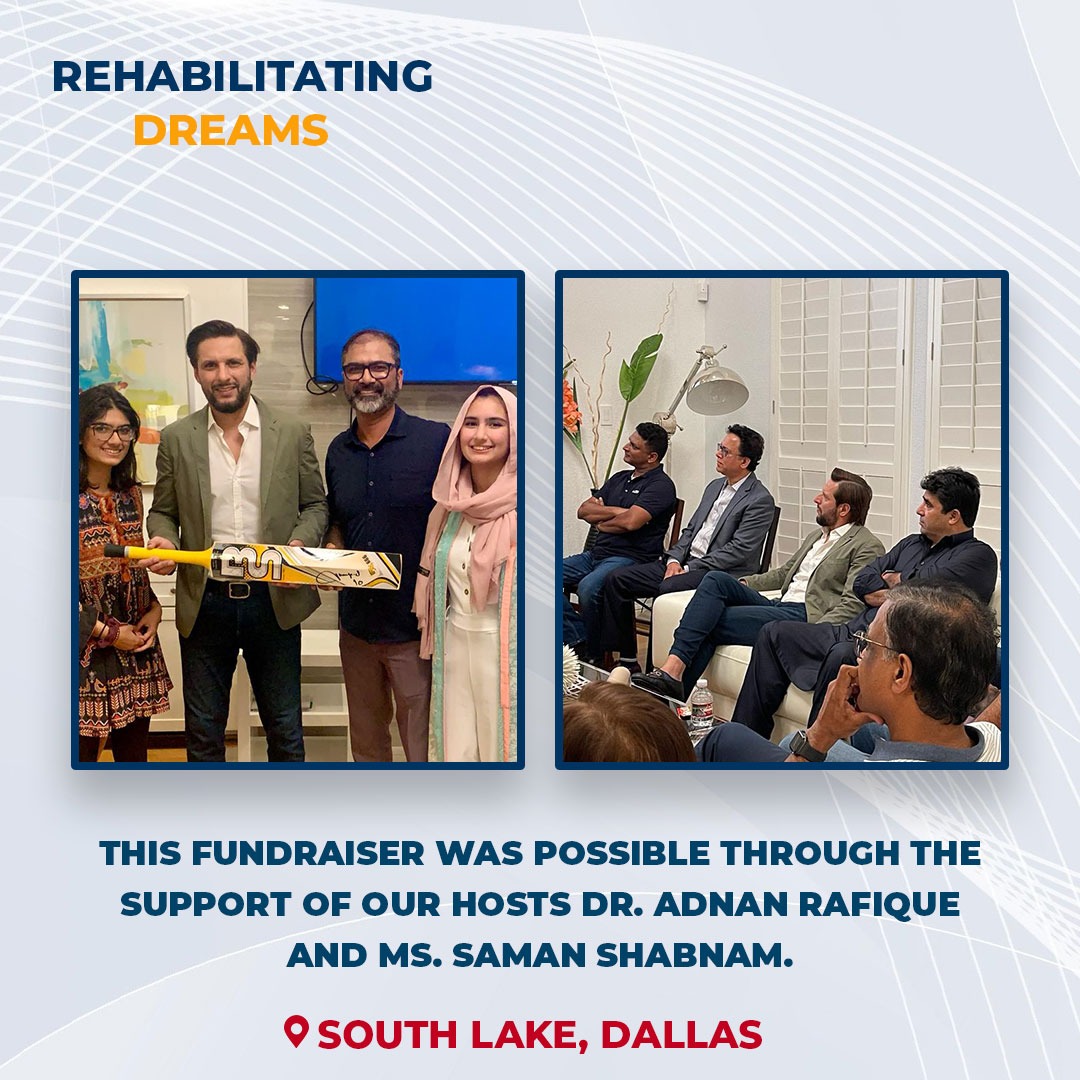 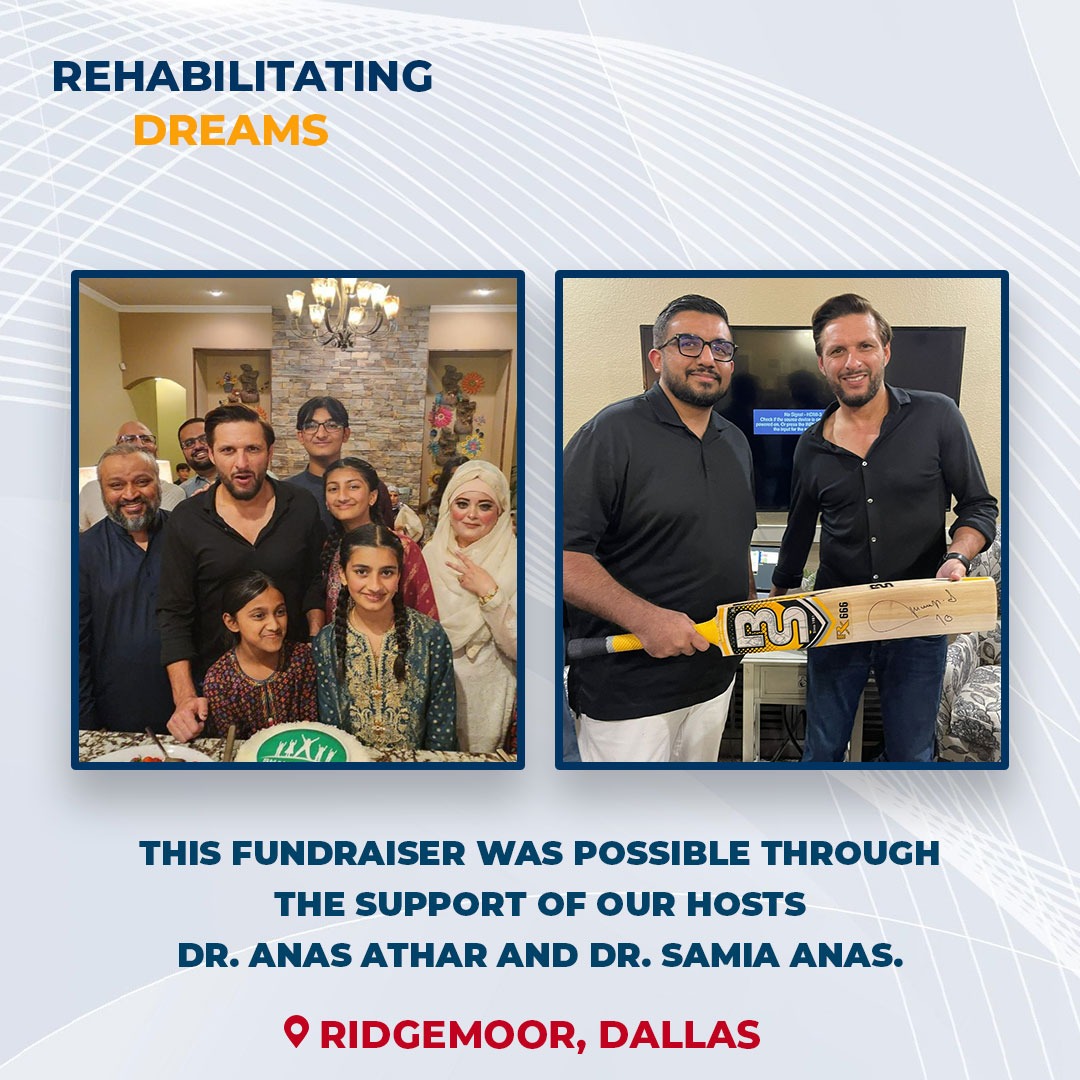 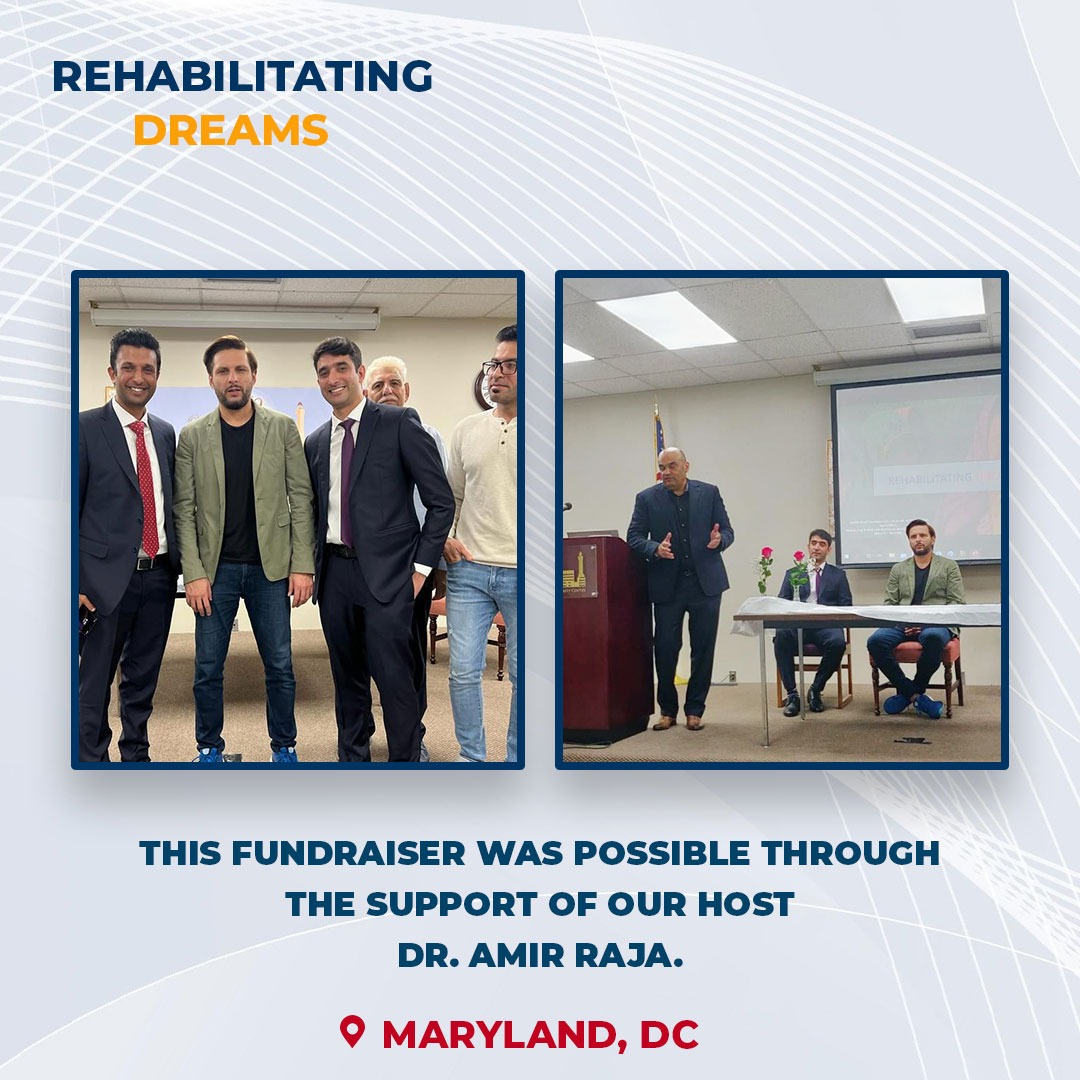 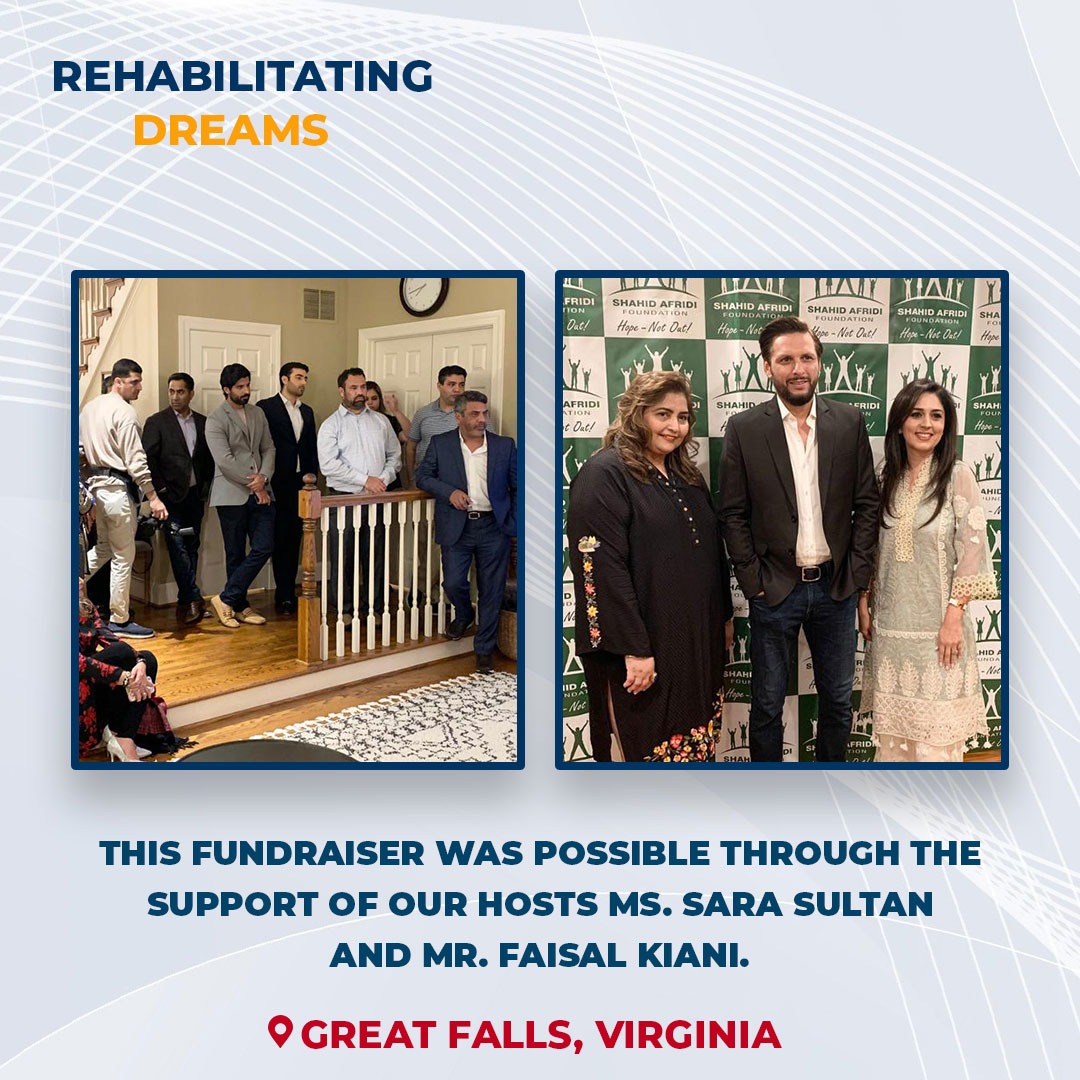 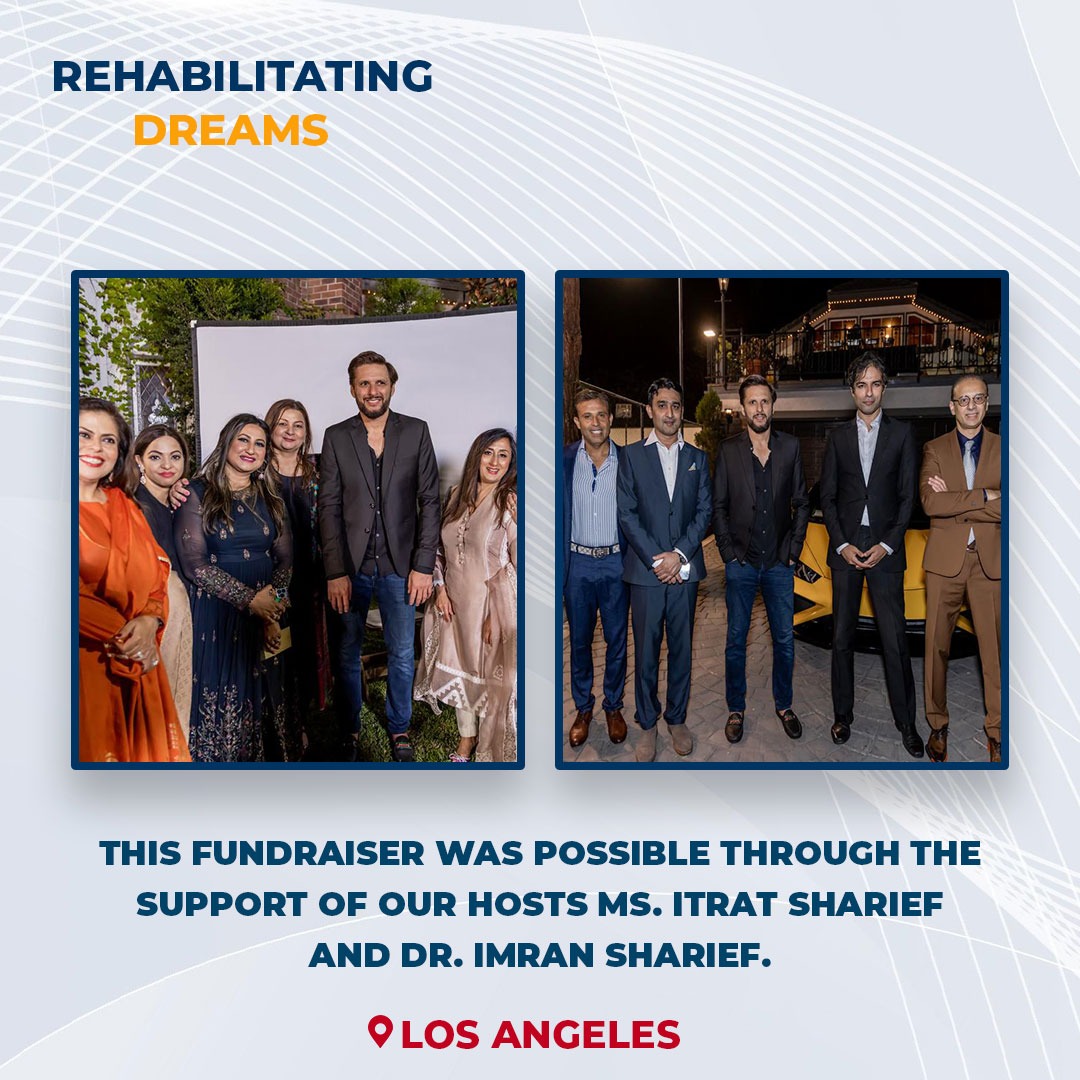 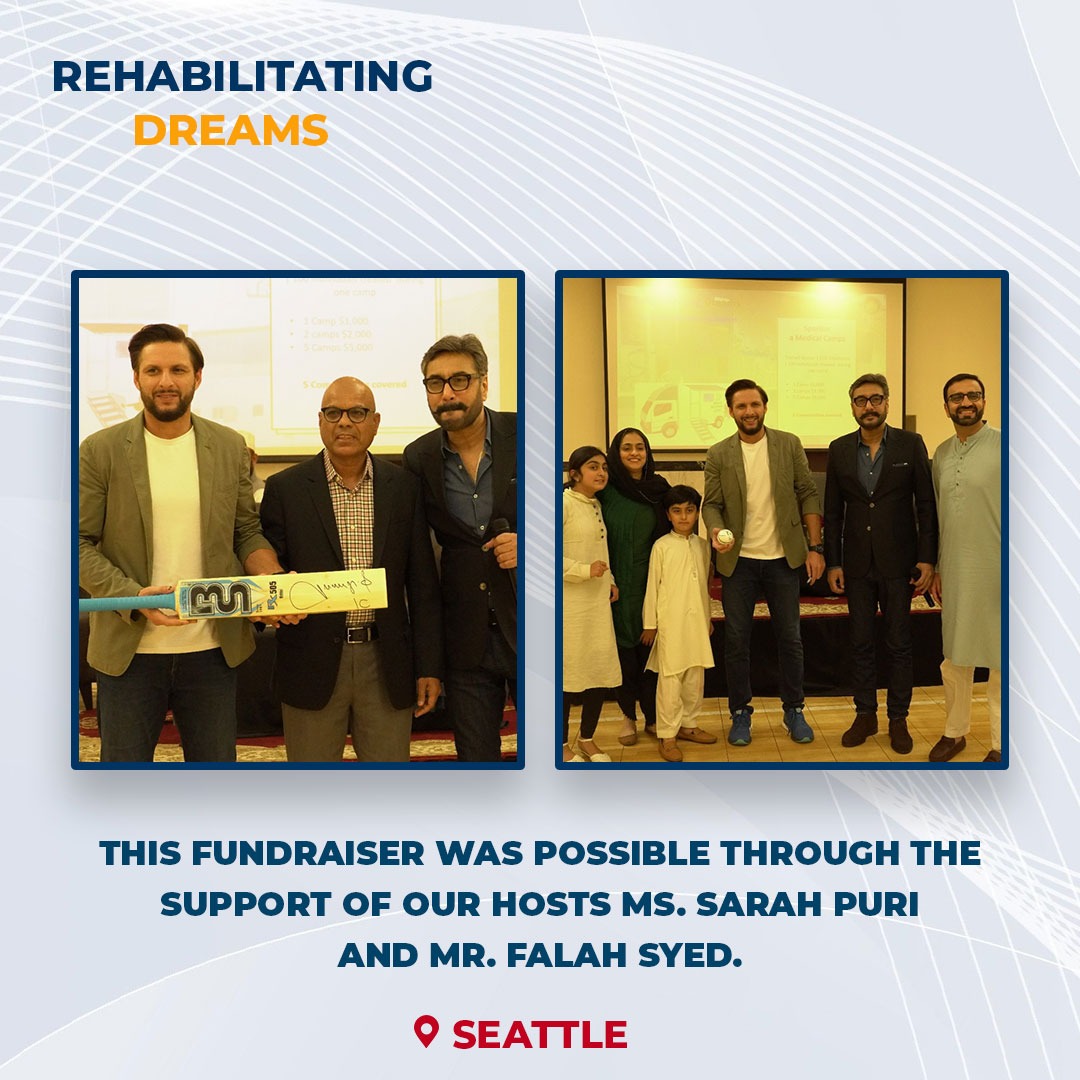 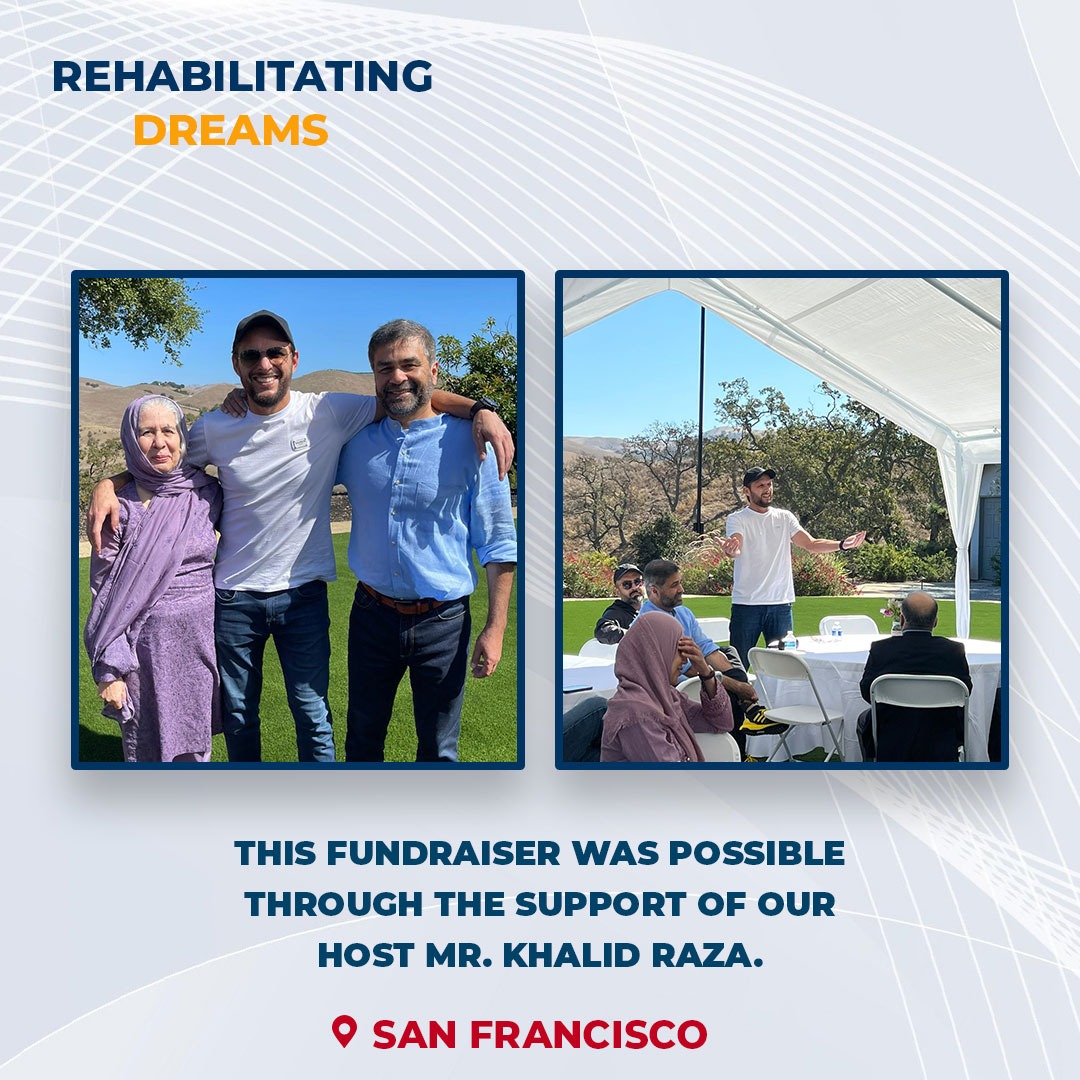